Warning: Parameter 2 to wp_hide_post_Public::query_posts_join() expected to be a reference, value given in /home/sidiario/public_html/wp-includes/class-wp-hook.php on line 307
 The best graphics cards – Page 3 – Si diario

5. AMD Radeon RX 6900 XT
The RTX 3090 may have sat unchallenged at the top rungs of graphics performance at launch, but it wouldn’t be long until AMD rustled together a challenger in the RX 6900 XT, or ‘Big Navi.’ The RX 6900 XT hopes to knock Ampere’s finest from its perch on high and send it spiralling back down to Earth. And it gets kind of close, too, with 4K performance a little off the pace of the RTX 3090—and all for one-third off the asking price.

For that reason, it’s simply the better buy for any PC gamer without any ulterior motives of the pro-creator variety. But there’s a reason it’s not number one in our graphics card guide today, and that’s simply due to the fact it’s not that much better than an RTX 3080, and sometimes not at all. It’s another $300 on top of the RTX 3080’s recommended price tag, and you’d hope for higher performance in both rasterized and ray tracing workloads. Yet, inevitably its ray-tracing acceleration lags behind the competition.

Even within AMD’s line-up, there’s no pressing argument to pick this up over more-affordable offerings. With a $350 price premium over the RX 6800 XT, the RX 6900 XT offers little return on your sizeable investment—the RX 6900 XT is 53% more expensive than the RX 6800 XT yet offers just 5.25% more performance in games.

That’s why it’s strange that AMD is making a point of the RX 6900 XT being a card built for ‘gaming first’. Even Nvidia didn’t make that mistake, billing the RTX 3090 as a pro-creator card with a substantial increase in memory capacity over the second-run gaming card below to help justify the cost.

It’s far more difficult to justify the cost of the RX 6900 XT, sharing as many qualities with far cheaper cards as it does and with the slight performance gain it’s able to deliver from its few upgrades.

While I’m a big fan of RDNA 2 and the leaps AMD RTG has made to get it to compete at this level in a short period of time are impressive, the RX 6900 XT is simply not its finest form. It’s not the easiest card to recommend for the vast majority of gamers, even those that have their sights set on the high-end. For most, the RTX 3080 is still the card to beat.

But the RX 6900 XT does come with assurances that the RTX 3080 can’t make, such as its 16GB of GDDR6 memory, which is a whole 6GB greater than the 10GB of (faster) GDDR6X memory on the green team card. With that in mind, for raw gaming alone, the RX 6900 XT is a cheaper alternative to the RTX 3090. It’s still a victim of its own extreme price tag, though.

6. Nvidia GeForce RTX 3080 Ti
The RTX 3080 Ti isn’t the mightiest GeForce graphics card that Nvidia makes. That accolade originally went to the RTX 3090, by a hair, and was more recently claimed by the RTX 3090 Ti. Though when all is said and benchmarked, it is the uber high-end RTX 3080 Ti that we’d recommend to any PC gamer looking to go all out on their next build.

The arrival of the Ampere generation did a lot to diminish the awkwardness or fiddly nature of 4K gaming, but the RTX 3080 Ti truly squashes it. Setting up for high performance 4K gaming remains a pricey investment, but you needn’t be as cautious as we once had to be on a game-by-game basis. You can relatively comfortably set your game to high or ultra settings and get comfortable, even high, frame rates at 4K.

The last thing you want when gaming at 4K is to turn down graphics quality settings, and with the RTX 3080 Ti you shouldn’t have to nearly as much as we’ve come to expect at 3840 x 2160.

The RTX 3080 Ti tends to fall a little behind the RTX 3090, although it appears the more expensive card only sees marginal benefit for an increase in core counts and memory—the RTX 3080 Ti is only single percentage points off the pace.

With performance close to the RTX 3090 at 4K, the RTX 3080 Ti is as much a gaming graphics card as its progenitor. With a vast bounty of CUDA Cores and speedy GDDR6X memory, this card demolishes any game you can throw at it with relative ease. It’s also more than capable of real-time ray tracing, courtesy of 80 RT Cores.

The GeForce RTX 3080 Ti remains an impressively powerful graphics card despite some inflexibility ingrained in the price—it will see some save a few pennies on ultra-high-end gaming PC builds and still claim top performance. The Ampere architecture is excellent, and stuffing more of it under that unassuming black and (polished) grey shroud simply makes for a great gaming chip.

It does, then, achieve what it set out to do: break the back of just about any game, API, or graphics-intensive task, even at 4K, and do so in a way that appeals directly to gamers’ sensibilities. Though it’s not quite the high-end price-to-performance champion the RTX 3080 is, the RTX 3080 Ti FE is in small part a better buy than an RTX 3090 FE.

The reason we don’t rate this card higher up in our list of the best graphics cards, however, is down to its price. Launching at $1,200, it’s only a stone’s throw away from the $1,499 RTX 3090. Massively inflated pricing, or lack of stock, notwithstanding. 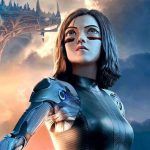