Warning: Parameter 2 to wp_hide_post_Public::query_posts_join() expected to be a reference, value given in /home/sidiario/public_html/wp-includes/class-wp-hook.php on line 307
 Adrenaline Filled Movies – Page 3 – Si diario

5.Hard Boiled
A film claiming to be more exciting than a dozen Die Hards is certainly an ambitious claim, but when you see legendary action director John Woo’s name on the cover you realise it might have a chance. In this cops vs. Triads action extravaganza more than 200 real guns were used, with 100,000 blank rounds fired and a body count of over 300. Look out for the lengthy action packed hospital shootout scene in the second half of the film – this was filmed with a single camera as one perfectly choreographed continuous scene. Taking place over two separate floors and clocking in at nearly three minutes, this is a great example of Woo’s cinematic mastery when it comes to action. 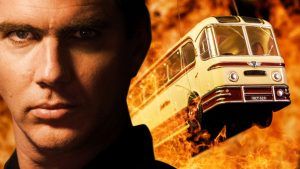 6.Speed
When Los Angeles police officer Jack Traven (Keanu Reeves) foils the plans of a ransom-demanding bomber, he finds himself on the receiving end of some bus-based revenge two years later. The bomber has rigged up a bus to explode if it drops below 50mph and as a terrified young woman (Sandra Bullock) attempts to drive, Traven frantically searches for the bomb. The premise of this film naturally makes it a non-stop thrill ride – as the bus hurtles down a busy highway, Traven has to find a way to stop it without blowing himself and the rest of the passengers sky high… and he’s running out of road! 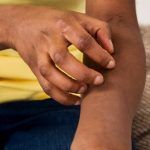